Believe Me, I Know What Stress Is 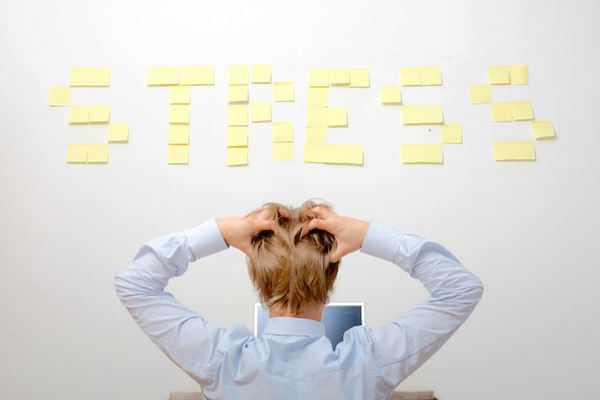 Did you know that every time you laugh your body releases chemicals called endorphins?  Endorphins are naturally manufactured by the body to relieve pain.  Usually produced during periods of extreme stress, endorphins block pain signals that are triggered by the nervous system.  Endorphins are what marathon runners live for.  They are the body’s natural painkillers, and they work on both a small and large scale.

Believe me, I know what stress is.  I fly well over 200,000 miles a year.  To put that in perspective the bird species with the longest migration, the Arctic Tern migrates about 24,000 miles a year, flying from pole to pole, stopping to mate only once every one to three years.  I manage to schedule a few more mating sessions than that, but I digress.

Sometimes I’m in three cities in four days.  Sometimes I have a half-day seminar to give and my butt is dragging on the floor.  You know the feeling.  The one thing that gives me more positive energy than anything else is when I make the shift and turn my Humor Being loose in a public setting.

I’m known for doing or saying out-of-the-ordinary things in front of complete strangers that takes them by surprise and really boosts my energy level.  I can’t help it.  It’s the comedian in me.  Most of the time, we both exit the scenario feeling lighter and more in touch with the world around us.  What really cracks me up though are the people that don’t get it and don’t know how to respond.

Here’s a little example.   A few years ago, I was in Las Vegas.  If you’ve ever been in Vegas, you know how crowded it can be.  I was checking in at the MGM Hotel.  Later on that day I had a half-day seminar to give and my energy level was very low.  As the bellman and I were walking towards the elevator I said to myself, “I need energy.”  The elevator door opened and the bellman, along with my luggage and seven other people, crammed inside.

I was the last one to step in.  The door closed and I decided not to turn around.  That’s right.   I was facing everyone, awkwardly.  I had a big smile on my face.  It amused me to witness how they avoided making eye contact with me.  It’s amazing how uncomfortable people get when you look right at them and smile like you’re having the time of your life.

I began to sing softly to myself a couple of bars of “Tie a Yellow Ribbon ‘Round the Old Oak Tree.”  Now there were some really uncomfortable expressions.  “How is your day going Mr. Rizzo?” asked the bellman.  “Great,” I responded.  “I just got out of prison. Well, I actually didn’t ‘get’ out.  I kind of broke out.” I paused. “I guess it’s a matter of semantics.”  (Again, smiling broadly at everyone.)  “The point is I’m out!  I’m in Vegas!  And I feel lucky!”

Only the bellman and one other person laughed, but what made me laugh were the ones who were pressing the elevator buttons saying, “We have to get off now.” “Can you please excuse me?”  And “I believe this is where I get off.”

Time to let your Human Being loose in order to laugh at situations that lift your spirits!

I’m not saying that you should try to make other people uncomfortable just to let your Humor Being stretch its legs, but challenging the serious nature of others is a great way to remind yourself that your level of being serious should be a little more flexible.

And just because they don’t get it doesn’t mean I can’t have fun.  I can’t stress enough to you how turning my Humor Being loose and laughing at situations I create lifts my spirits.  And it’s even an extra boost when others are laughing along with me.