Shift Your Thoughts and Change Your Reality 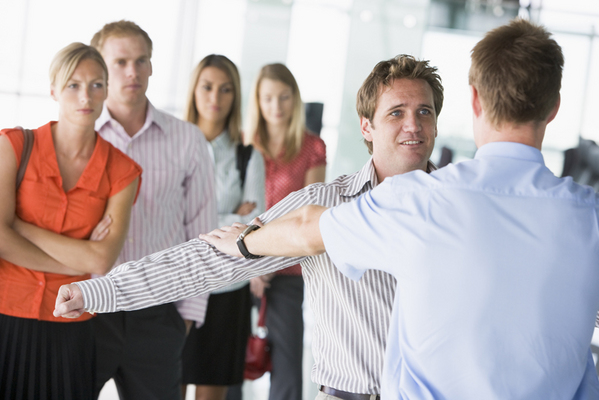 Last week at JFK airport, the place was packed.  Snow was inches deep outside and everyone seemed to be feeling stressed out. I was standing at the gate, waiting to board, when the airline announced that my flight was cancelled. (Oh gee, what else is new?) It was obvious that the guy in front of me was not a happy camper. The first words out of his mouth were, “Here we go again!”

That was it.  That’s all it took.  The spell had been cast.  Let the curse begin.  Without ever realizing it, this guy opened the door to the negative zone.  It opened the moment he shook his head and said the magic words, “Here we go again!”  He was now vulnerable and defenseless.

That one statement and the negative resolve behind it might seem like no big deal.   Who hasn’t expressed frustration in a situation like that?  However, it is the one little pebble shift that leads to an avalanche of similar, more dangerous thoughts and that’s exactly what happened next.

He took out his cell phone and proceeded to call some guy by the name of Jack. I don’t know who Jack was, but I sure felt sorry for him. (The following is very close to what spewed out of the angry guy’s mouth.)

“This is absolutely ridiculous!  I just can’t depend on this airline anymore.  In fact, I can’t depend on anyone anymore!  Here I am waiting at the end of a long line and there’s only one agent at the counter. If they cared they’d have more people trying to accommodate us.  Why do I give them my business anyway?  Now I’m going to lose the account because I’ll be late.  I’m probably wasting my time anyway.”

Seconds after hanging up the phone he turned to me and started complaining about the people who were in line to speak to the beleaguered gate agent.  “Look at this guy!  What an idiot.  Doesn’t he know he should have his ID ready before he gets to the counter?  No wonder this line isn’t moving.  No one knows what the hell they’re doing!”  He paused for a few breaths, looking around.  He saw a little boy struggling with his mother.  “I wish that kid would shut up.  If parents can’t control their children they shouldn’t bring them to the airport!  Why is it that every time I’m in line somewhere I’m surrounded by idiots?”

This guy was falling fast into the dark hole of the negative zone. He was well on his way to believing that every aspect of his life is in total chaos, that things were stacked against him.  Have you ever felt that way?

How do we stop the “woe-is-me” stories when bad stuff really is happening in our lives?  How do we keep ourselves from feeling victimized every time some situation in our lives doesn’t turn out the way we want it to?

If at some point in his melt-down this guy had become aware of what he was doing to compound a bad situation; if he were to acknowledge that his negativity was feeding upon itself; or if he were to come to understand the consequences of remaining in that negative emotional state, he could have chosen to shift his way of thinking and create thoughts that will make him feel better.  Anyone can make that choice.

How do you get yourself out of the Negative Zone?

Here’s an example of what he could had said to himself instead (aloud or in his head.)  “Wow, I have to calm down.  I’m making this worse than what it really is.  I have a meeting today.  It’s important that I’m in the right frame of mind.  I know from past experience that being upset won’t get me what I want.  The cancellation is really out of my control.  So is that kid who won’t shut up.  The good news is that I was smart enough to get here early and I have enough time to catch another flight.  That poor ticket agent is doing the best she can.  When it’s my turn, I’ll do it with a smile and understanding.  Not only does she need a break, but so do I.  I can handle this.”

Does that sound like the most unrealistic dialogue ever?  Maybe.  But just one of those thoughts could be enough to get the situation under control.  This shift in thinking could very well have brought creative solutions to his current situation.  Why?  Because the more attempts you make to think positive thoughts, the more positive your reality will become.  Even the slightest shift in thinking will give you a feeling of relief and start you on your way to a more productive day.

But seriously folks, get a handle on your kids at the airport.  Please, for everyone’s sake!

How do you get yourself out of the Negative Zone?  I welcome all comments.