The Day I Became a Superhero 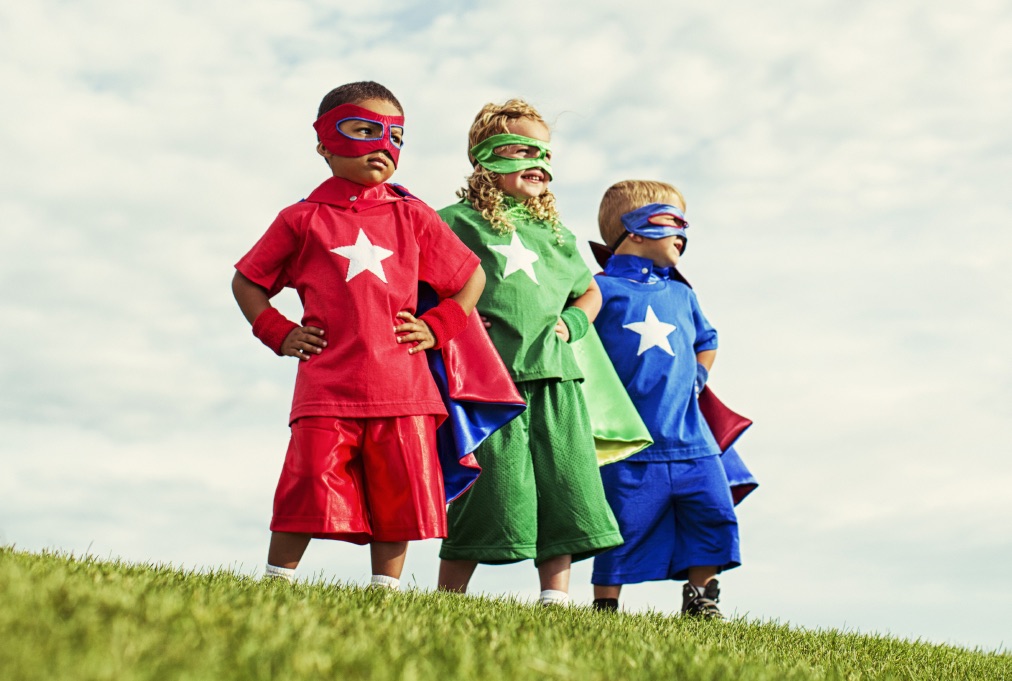 I’m nine years old and the youngest of three rowdy brothers.  I know my folks don’t have much money, but that doesn’t stop me from envying some of the other boys on our block – the ones with real store-bought superhero costumes.

For what seems like a long time to me, maybe days, I watch them in their shimmering capes and stretchy tights, leaping off dirt piles with their arms spread wide, grins on their faces as they swoop down to save the planet from crime and stuff like that.

I want to save the planet from crime, too.

So eventually, I summon up the courage to ask my mom.

“Mom, Jimmy has a Superman costume and Tony has one of Spiderman.”

She barely glances at me as she says, “Mmm-hmmm.”

I’m trying to figure out how to get her attention.  “Mom, I kinda would like to have a real Superhero costume, too.”

She looks over my head out the window and says, “OK.”  I watch glumly as she puts the brittle spaghetti noodles into the pot.  I’m not even sure she heard me.

I go outside and play some more with Superman, Spiderman and Gino Lucca, whose older brother has a real Batman costume from Woolworth’s.

The next day after school, my mom has a surprise for me.

“You know how you wanted your own superhero costume?” she asks me with a big smile.

I shake my head yes.  Could it be? Really?

She says, “I made you a costume.”  She pulls out a pair of her black pantyhose and a red kitchen towel to which she has stitched some kind of shoelace or something.

I’m pretty sure this isn’t what I wanted, but it is what I’ve got. I hesitantly put on her pantyhose and she tells me I can wear my own underwear over it to cover up the white cotton crotch part.  I am wearing a dark blue t-shirt which she tucks into my underwear.  She ties the red towel around my neck, and, feeling pretty super-powered, I fly out the door.

Right into my big brother.

Who sees me and starts laughing uncontrollably. If I really had superpowers, I would send him to the planet Xyrcon right this minute!

He turns over the edge of my cape and punches me lightly in the arm as he goes into our house with his friends.

Somewhat daunted, I race to meet my friends at the dirt pile, ready to prove that I too am now empowered to fight crime, fly and do other really cool stuff.

Just before I get there, I decide to retie my cape – the shoelace is cutting a little into my neck.

It’s then that I find out what made my big brother laugh so hard.

On the underside of my cape, I read the words printed in big yellow letters.

Mission aborted. I fly instead back to my home, cape in hand.

I’m trying not to cry now.  My superhero dreams are crashing all around me.

I thrust the towel-cape into my mother’s open arms and tell her, “Mom! I don’t WANT to be “God Bless This Kitchen Man!”