Rodney Dangerfield Gets No Happiness 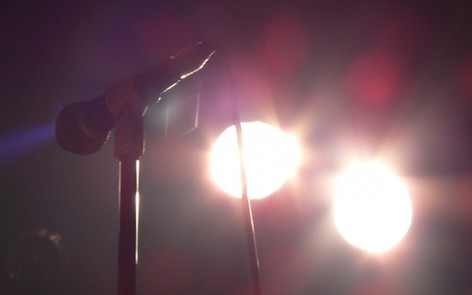 One Saturday night in 1986, I was performing at Rodney Dangerfield’s Comedy Club in Manhattan. I had just finished my show and the emcee was making his final announcements when I noticed someone approaching the stage. No introduction was necessary. It was Rodney Dangerfield himself, at the pinnacle of his career. Wearing his trademark white shirt and red tie, the star stepped into the spotlight to a thunderous round of applause. He bowed and waved to the standing and cheering fans who were chanting his name. It was deafening in that room.

I was in total awe at the energy this guy radiated. He told a few jokes, thanked the audience for supporting comedy and stepped off the stage. People were begging him for his autograph. Some simply wanted to touch him and thank him. Then everyone started chanting that he was number one. I thought to myself, “So that’s what it’s like to be a star.”

Later that night when the crowd was gone and the staff was cleaning up, I sat at the bar with Rodney. I asked him how it felt to be at the top. He downed a double scotch and said, “It sucks.” I laughed and waited for a punch line. Then it became obvious that he was serious. He proceeded to go on a verbal rampage on how he was cheated in life and that the entertainment business never gave him the respect he deserved, an eerie echo of the catchphrase that made him famous to begin with. “Look at me!” he said angrily. “They waited until my later years before they decided I was a star! I should have made it twenty or thirty years ago when I was young and I could have enjoyed it!”

I was dumbfounded. This was when Rodney’s movie Back To School was currently showing in theaters, which Rodney also co-wrote. I searched for the right words and finally said, “But you’re at the top of your career. You’re a household name. Everyone knows who you are. Didn’t you hear that crowd? They love you and know your jokes by heart. You have a blockbuster movie that’s getting great reviews. Leonard Maltin gave you a nine!”

He downed another drink and said, “It should have been a ten. All those years of busting my a** and taking sh*t from people who have no idea what talent is! I gave up everything for this d*mn business and for what?” He shook his head in disgust and looked straight into my eyes. “I don’t expect you to understand, Steve.” He looked down into his empty glass. “It should have happened years ago when I was younger. I really could have enjoyed myself.”

It is a truly sad story. Here was someone who should have been living his dream. Instead, he was living a nightmare. He achieved far more than he set out to do but he could not enjoy the benefits of his success. It’s because, for most of his life, he waited for a future event to make him happy. Many years ago he created a belief system that signified that he couldn’t and wouldn’t be happy until he achieved a certain status in life. As a result, he bypassed the journey towards the goal and he let his life pass him by. His past had taken over his present, daily reality, and he was haunted by regrets of days gone by.

People who view their lives as Rodney did quite often get caught up in a perpetual cycle of unconscious thoughts that lead them to believe that success and happiness is somewhere in the future. The unfortunate truth about people with this type of mindset is that no matter what they achieve, they will have a difficult time being happy. As long as they go through life unaware that they are identifying their success and happiness with a distant goal, nothing will satisfy them. Even when that goal is achieved, they won’t be satisfied, because that previous mindset stays with them.

There are far too many people, in business and in life, holding onto their precious ticket to Happy Land, waiting for the Good-time Express to arrive, and maybe you’re one of them. Give me a break! Better yet, give yourself a break. This sort of thinking defies all logic. Why wait for the goal to be achieved to be happy? Why not enjoy the process towards the goal? If you do, you will not only stand a better chance at succeeding, but you will have a profound appreciation of how you earned your success.