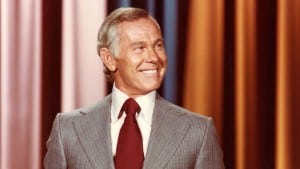 Make conscious choices to periodically step away from your job and shift your attention to neglected parts of yourself that are yearning to be expressed:

Sometimes we get so caught up in the daily drama of our jobs and become so determined to get what we think we want, that we bypass what we need to be truly successful and happy. When we create this type of mind-set, we run the risk of directing our attention and motivation primarily on our professional goals, leaving other crucial parts of ourselves that need to be nourished by the wayside. More often than not, on our road to success, we neglect the subtle messages or warning signs that a higher part of ourselves is trying to convey to us.

These messages could very well be the missing ingredients that complete you as a person. It’s really just a matter of becoming aware, and listening to what your soul is trying to tell you. Remember, what you want in life usually feeds the ego. What you need feeds the soul. It would be wise to occasionally ask yourself, “Which one am I feeding now?”

Years ago I was watching a Barbara Walters special on television.  She was interviewing a major personal comedic influence of mine, Johnny Carson.  Of course, Johnny Carson was an inspiration to an entire generation of performers.  As the host of “The Tonight Show.”  Carson spent 30 years as the top dog in television comedy.  To me, at least, it seemed like no one on Earth could have been happier and more successful, and I tuned in eagerly to hear what such a fortunate man might say.

The interview came during Mr. Carson’s last year as the host of “The Tonight Show.”  As you may know, Barbara Walters has a reputation of being very direct when interviewing celebrities, but if anyone could handle “The Woman Who Pulls No Punches,” I thought surely it would be “The King of Late Night Television.”

In the end, I was surprised, shocked even, at the way Johnny responded to Walter’s questions.  I expected the carefree attitude of a man, having conquered the world, going out on top.  Instead of the usual barrage of rapid-fire jokes and wisecracks when he was questioned about his personal life, he gave short, awkward replies that didn’t at all suggest confidence.  There was an aura of melancholy about him that I believe even took Barbara Walters by surprise.

At the end of the interview, Walters alluded to Carson’s fame and long list of accomplishments, any of which were far more than any I, as an up-and-coming comedian, could have imagined attaining.  Then she asked one last question:

I couldn’t help myself.  I blurted out, “What a stupid question!  Of course he’s happy, he’s Johnny Carson!”  I was shocked when he stumbled over what seemed to be a very simple question.  It was obvious that he was uncomfortable giving his answer.

Why, I wondered, was someone who gave so much joy and laughter to millions of people four and five days a week for almost thirty years unable to answer the question, “Are you happy?”  Of course you could say that he was in a low mood because he was leaving the show that was a great part of his life.  I could buy that.  Surely anyone would be sad under similar circumstances.

But even after being reminded of his accomplishments in the television and entertainment industry and the monumental impact he made in people’s lives, he still couldn’t answer the question.  On the final episode of “The Tonight Show.” Johnny gave his farewell address to the millions who were watching.  And it was then that the reason why was evident.  Let me explain.

It is important to know that some choices are made consciously, while others are made unconsciously.  Either way, there are always consequences for the choices you make.  This is not a threat, but a universal fact.  We would all stand a better chance to live a happier life if we were more conscious of, and put some thought behind, our choices.

The problem is that many of our choices are made unconsciously; therefore we don’t think they are choices.  Believe me, they are.  In fact, everything that is occurring in your life at this moment is a result of choices you made in the past.  Those choices that were made, consciously or unconsciously, are key factors that determine your quality of life right now. I have you thinking now, don’t I?

On that final episode of “The Tonight Show,” Johnny Carson said, “I am one of the lucky ones in the world.  I found something I always wanted to do and enjoyed every minute of it.”

I’m sure he did.  But not too long after that statement he revealed deep regret, and apologized to his sons Kit and Cory for “not being there enough,” adding that he loved them.  He also expressed sorrow and guilt about the death of his son, Richard, who died in a car crash in 1991.

Let us not forget that Johnny was married four times.  His ex-wives were often the butt of his jokes.  Behind the mask of humor was there someone who truly wanted a lasting relationship?  It was apparent that he was so caught up in his role as “The King of Late Night Television” that he had difficulty identifying himself with anything or anyone else.

It’s obvious that Johnny Carson gave much and received much, but paid heavily.  It makes one wonder, is there always a price to pay when what we do for a living becomes our whole life, no matter what the level of success that’s achieved?  We have to ask ourselves, is the price worth it?  And, is there a way to find a happy balance and disburse our attention and motivation to other aspects of our lives that are waiting to be nourished.

Many of our choices are made unconsciously; therefore we don’t think they are choices.