Is Your Toxic Past Following You? 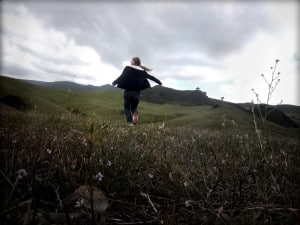 In 1992 I was sitting backstage at the Sands Hotel in Atlantic City. I had just finished the rehearsal for my SHOWTIME comedy special that was to take place the following night.  Woody Harrelson, who was hosting the show, approached me and asked me how I wanted to be introduced.  I thought for a moment and said, “Tell them that you’re going to introduce someone who was voted “Least Likely to Succeed” in his senior class in high school.  Now he’s here in Atlantic City at the Sands Hotel filming a SHOWTIME special!”

Yes, I was one of a number of students that was placed on a list to be voted “Least Likely to Succeed.”   Although the names on that list never made it into the yearbook, and at the time I viewed it as a big joke, the damage was still done. I carried that toxic label along with a host of others into my adult life.

Now I understand that it was that type of negative labeling that branded me and influenced the direction my life took. It instilled so much fear in me that it impeded my ability to move forward.  My philosophy was, “If you don’t try, you can’t fail.”  This was the only way I knew how to avoid the rejection and failure I was convinced would result from anything I did.  So….I ignored or turned away from many opportunities.  Even when I did push forward to make the effort, all it took was just one misstep or one criticism from someone in authority to reinforce the belief that I wasn’t good enough.

These internal labels are created by the beliefs we have about ourselves and our surrounding world. They begin to formulate when we are children and for the most part are bestowed upon us by our parents, teachers, religious groups and peers.

Here’s my point dear reader. And I really want you to get this!  Our toxic past experiences no matter how severe are inconsequential in the present.  It defies logic and common sense to hold onto emotional baggage like fear, anger or guilt, from hours, days or years gone by.  In fact, our past struggles can be our greatest blessings, if we learn from them and move on with our lives.  Learning from our toxic past commends, while harboring it condemns.  Wow, that rhymes!  I’m on a roll!

It took me a great part of my life to realize that it really makes no difference whether something happened twenty minutes ago or twenty years ago.  The past is absolutely irrelevant in our capacity to be at peace and to enjoy our lives now.  Yet so many people hold onto their past struggles and labels and use them as reasons for not being happy and successful. They become seduced by the voice inside their head and use their past struggles as a crutch.  And create crippling beliefs that signify, they can never be happy, successful or at peace now because of something that happened hours, days or years ago.  Get this?  It’s impossible to be happy or at peace if your toxic past is following you everywhere you go and telling you who to be, what to do, and how to do it.

Maybe as a child you were abused by a parent or some other adult.  Perhaps your parents were divorced when you were young and you never received the love you craved.  Maybe it was frequently insinuated that you weren’t smart enough to fulfill your dreams or to just fit in.  Many children are raised in environments where anger and fear are the norm both on how to respond to challenging situations, and everyday occurrences.

Whatever your past experiences, I urge you to stop using your toxic past as an ID card to validate your right to proclaim your “woe-is-me” story to the entire world.  Choose to break free now!

Our past struggles can be our greatest blessings, if we learn from them and move on with our lives.