Hope was Her Companion, Humor Was Her Shield

One morning some time ago, I was on a flight from New York to Nashville.  Standing in the row adjacent to mine was an attractive woman wearing sunglasses.  She was talking to two distinguished looking men who (as I overheard from their conversation) were from MCA Records.  I didn’t know exactly what they were talking about, but obviously it was funny because the laughter was non-stop.

Even though I had no idea what was being said  I soon found myself joining in with their contagious laugher. When we were ready for take-off, the woman with the sunglasses sat down next to me.  She put her boarding pass on the armrest and I glanced at the name.  As I had suspected, it was Naomi Judd.

I looked over and told her how much I enjoyed her music.  It wasn’t a line.  I may be from New York but I love country music.  Don’t look so shocked.  People come in all shapes and styles.  Deal with it.

She smiled and said, “Thank you,” and we began a wonderful conversation.  She told me she had put her music career aside to speak to groups throughout the country on health and spirituality.  I told her about being a comedian for 18 years and that I had segued into a speaking career focused on how to succeed in life, and enjoy the process. 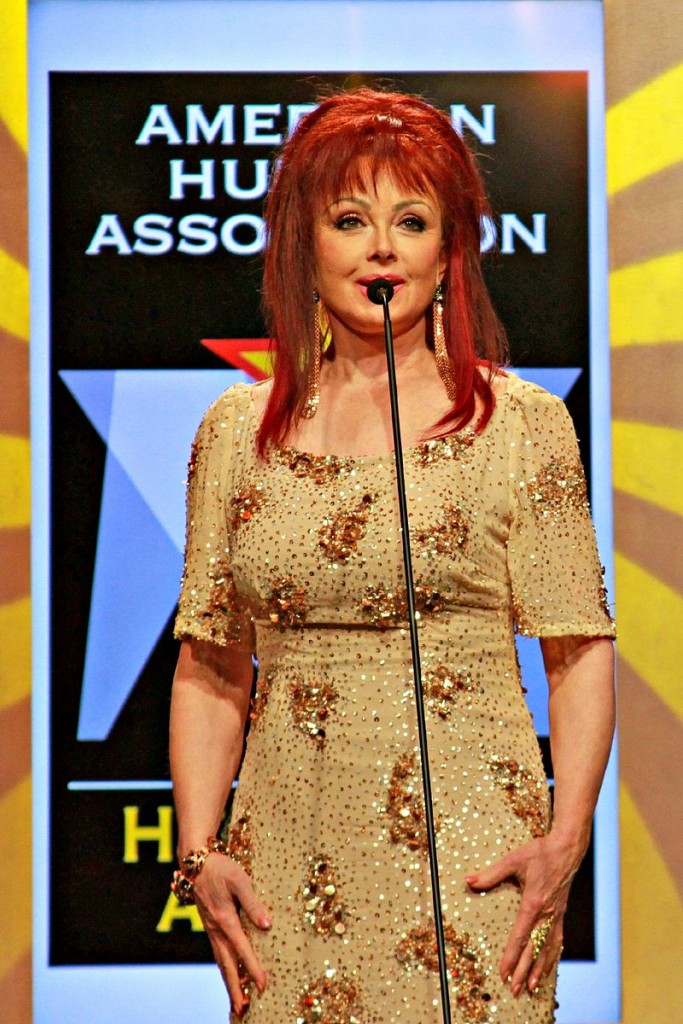 I knew I hit a sensitive spot, because she straightened up in her seat and said, “What a wonderful subject!  How do you get people to enjoy their lives?”  I looked right at her and said, “I tell them to take drugs.”  She let out one of her contagious laughs.

Our conversation continued, with both of us talking about our favorite comedians and sharing funny stories about being on the road.  Eventually she told me about her life-threatening experience with Hepatitis C.  Apparently, she was infected by pricking her finger with a needle years ago when she was working as a nurse.  She was diagnosed in 1990, but a liver biopsy showed that she had contracted the disease six years earlier.  Doctors didn’t give her very long to live.

Since humor is obviously a core issue in my talks to groups, I asked her if her wonderful sense of humor helped her to release the fear caused by her ordeal.  She laughed, reached down and grabbed hold of a big leather bag, and pulled out a whoopee cushion and other humorous paraphernalia.

“Steve,” she said with excitement, “I’m known as the goofiest woman in country music and I’m proud of it!”  At that moment, I saw the child within the woman, and I remember thinking, “This is indeed an individual who enjoys life to the fullest.”

Our conversation took on a more serious tone.  Naomi told me that there were times when she felt that the life she once loved was dwindling away.  Being sick was not her style.  She hated being in public in such a weak condition and felt the need to be around people who could make her laugh.

But, still, she kept reaching for some kind of hope, which she described as an open window with a light shining through. And, she instinctively relied on her sense of humor to help her get through the tough times.

When she arrived at the world famous Mayo Clinic she was weak and scared.  They put her into a wheelchair and told her she was going to the Admitting Office.  Her reply was, “You can take me where you want, but I ain’t admittin’ to nothin’!”

At one point, she met with a new doctor for a second opinion. “Your enzymes are higher than ever,” he said, with all the warmth of a glacier.  “The active inflammation going on in your liver is destroying the hepatic cells.  Now, these dead cells will turn into scar tissue called cirrhosis.

The damage is irreversible.  Cirrhosis usually turns into cancer, but before that, various parts of the liver will begin shutting down.  So it’s hard to say which one will actually be your demise.”

Her response was, “How about them Dodgers?”  When the doctor said he needed to see her back in a week she said, “Nope.  You shoved me out of an airplane at 35,000 feet without giving me anything to break my fall.  I’m going to find a doctor who will give me a parachute.  It’s called hope.”

It was this type of attitude and quick wit that kept Naomi Judd from falling apart.  It helped her control the fear that threatened to consume her.  She told me that her sense of humor somehow always managed to help her reconnect to her spiritual side.

It was that connection that gave her hope to move forward in spite of fear.  Hope was her constant companion.  Humor was her shield.  Together this dynamic-duo helped her to derail fear and embrace the power of love.

In her book, Love Can Build a Bridge, Naomi writes, “Love is the greatest healing power of all.  There is nothing that comes close.” She also says, “Hope is a gift we give to ourselves.  It remains when all else is gone.  It guides us beyond doubt and keeps us from sinking in our fears.  It helps us picture the way we want things to be, so we can bring them about.”

I agree.  Love is the greatest healing power of all.  Hope is a gift we give to ourselves.  Our sense of humor is also a gift.  It, too, fills us with unlimited healing powers.  As with love and hope, humor is something we must choose to let into our lives.  If we choose to make the shift and view our problems, challenges and even our tragedies from a humorous perspective, we can prevent fear and other negative emotions from taking over.

As with love and hope, #humor is something we must choose to let into our lives.

If hope was Naomi Judd’s parachute, then humor was the force that helped her take that leap of faith, and love was the foundation she landed on.  With these dynamics at work anyone can overcome insurmountable odds.