Meditation and the Motivation Factor 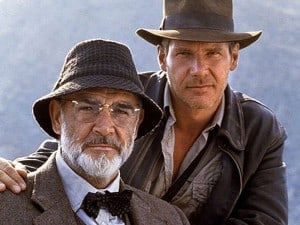 My only purpose for discussing the art of meditation is to show you how this wonderful activity keeps me motivated and has transformed my life with hardly any effort at all. Throughout the years various meditation techniques have given me clarity over challenging circumstances, guided me to make the right choices, revealed solutions to major problems, and has taken me from states of hopelessness to total inner peace and awareness. In short, no matter what is transpiring within me or around me, meditation ALWAYS, ALWAYS, ALWAYS makes me feel good. And “Feeling Good” is the fuel that drives motivation!

The following story is an example of how meditation revealed a solution to a problem and gave me the confidence to get motivated in the right direction.

A Leap of Faith

At the beginning stages of my speaking career, I was still performing as a comedian in clubs and theaters throughout the country. At the time comedy was by far, my main source of income. Then an unexpected problem arose. My comedy bookings were interfering with my speaking schedule. Allow me to elaborate. Every time the agency that booked my speaking engagements had a client that was interested in my services, the agent had to check my calendar to see if I was booked at a comedy club or theater. More often than not, I was; which meant they had to say no to the client.

One day the President of the agency voiced her opinion. She made it quite clear that my current situation has become counter-productive and that she understood my financial concerns, but if speaking was my career of choice, then I had to drop the comedy bookings and trust that speaking engagements will come, in avalanches of abundance.

I knew she was right and I knew a decision had to be made, but to be honest, I was afraid to make it. I was pouring a lot of money into my speaking business and I had recently purchased a house that was in the middle of being renovated. “What if the money doesn’t come in?” I thought.  “What if I can’t pay the bills?”  What if I can’t pay the mortgage?”  “What if…”  Yes, that’s right. Old fears and negative beliefs that I thought I had under control were coming back to haunt me with a vengeance.

Then one morning during meditation, a scene from an Indiana Jones movie kept running through my mind. “The Last Crusade” starring Harrison Ford and Sean Connery. “Great.” I thought, “I’m trying to clear my mind and I get a movie.”  Because I have always been involved in the wonderful world of show business; images, visions and dreams often occur in the guise of actors, musicians and such. It is what is closest to my heart. I believe that my soul knows this, so it relates to me this way.

Knowing not to disregard images or messages of any kind, I enthusiastically began to interpret its significance. Allow me to explain the set-up to the scene, so you can best understand the meaning on the vision.

Indiana’s father is dying from a gunshot wound to the chest and the only thing that can save him is the healing power of the “Holy Grail.”  According to the Holy Book of Instructions, Indiana has to go through a series of life threatening tasks in order to reach the Grail. In a race against time he finally comes to the edge of a canyon and is faced with the last and most dangerous task of all. The test of Faith. The Holy book states that in order for Indi to get the Grail, which is on the other side of the canyon, he must take a leap of faith and step off the edge and know that he will not fall to his death. Somehow, some way, something will support him and keep him from falling into the abyss of the canyon.

Aware of his father’s condition and that time is of the essence, Indiana holds his breath looks down into the abyss, puts his hand over his heart, says a silent prayer and takes his first step off the edge of the canyon. He is in awe when he discovers that he didn’t fall to his death, but instead he is supported by a foundation- a transparent pathway that guides him to the other side. He passed the test of Faith.

Taking that first step – that leap of faith – is the vision I repeatedly saw over and over during my meditation. It was obvious to me what needed to be done. I needed to take a leap of faith of my own, knowing that I wouldn’t fall.  That very day I decided not to accept any more comedy bookings. I was determined to follow my heart and put all of my energy, faith and motivation into my speaking career. The results have been staggering!

Like Indiana Jones, I had to take that next step over the edge, knowing that something bigger than myself would support me. I sometimes wonder what would have happened if I would have allowed fear to keep me from taking that leap of faith.

Take that next step over the edge, knowing that something bigger than yourself will support you.