In Memory of 9/11: Laughter and the Fear Factor 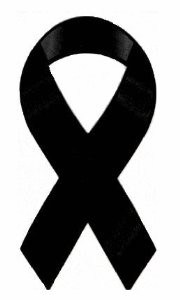 “We have to be able to figure out how to laugh and cry at the same time.”

On the morning of September 11, 2001, I was on a flight from JFK airport to Salt Lake City. I was going to give a speech to a group of two thousand people on how to confront negative emotions by using their sense of humor as a tool. Little did I know that the morning of my scheduled talk fear would be the dominating emotion to overtake our entire nation.

Although it took me years to write about this tragic, historical event, the memories still (and probably always will) stay with me as if it happened yesterday. My entire experience of 9/11, and the events that followed, confirmed what I already knew about fear and how to keep it from controlling our lives.

I remember I was talking to the woman next to me, when our plane suddenly took a nosedive at a very fast speed. The captain announced there was an A.T.C. alert (Air Traffic Control) and we would be making an emergency landing in Omaha, Nebraska. When we landed, no one knew what was going on and, like millions of people around the world, we thought that a small plane had accidentally flown into the World Trade Center.

I walked over to the nearest lounge area and joined a group of people transfixed by what was happening on the television screen.   The United States of America was under attack. Like many others around me, it was impossible to process this horrifying truth.   I knew what I was watching. I understood what I was hearing. But nonetheless, it seemed unbelievable, like a scene from some big, special effects movie. We watched the planes crashing into the towers until they fell. We saw the clips over and over and at a certain point I wanted to yell out, “Okay, change the channel! I want to watch something else! This is scaring me!”

Of course it was. That was the purpose of the attack, to instill fear. And it worked. A somber silence filled the airport as people tried to reach their loved ones on cell phones and pay phones. All the lines were busy. Then came the announcement that the Omaha airport, as well as every other airport in the country, was closed indefinitely. This only added more pressure to an already intense situation.

I managed to get a room at a Days Inn, which was to be my place of residence for the next four days. Finally, I was able to get through to my wife, Gina. I assured her that I was fine but that I would be stranded in Omaha for a few days. When she asked me if I really was okay, I said, “Well, I’m stranded in Omaha. I mean, why couldn’t I be stranded in Hawaii or Florida? No, me, of course, I’m stuck with “The Children of the Corn!” We laughed and told each other “I love you.”

When I hung up the phone I realized how close I was to the situation. Let’s face it, my plane left JFK Airport to Salt Lake City about the same time as the ones the terrorists had taken over. I couldn’t help but wonder if my plane had been considered as a potential weapon of destruction or whether there were terrorists on my flight who didn’t have a chance to carry out their insane mission. And I was caught between two conflicting emotions: first, I was grateful for my life and thankful that my plane wasn’t the terrorists’ target. Second, I was mourning the loss of those who died and for the loved ones who would be haunted by the memories of that day for the rest of their lives.

I began to contemplate whether I would ever be able to get on a plane again and, if so, how it would feel. That’s right; I’m not ashamed to admit that I was experiencing what many others felt: abject fear. It had hit home.   Fear of the unknown and fear of leaving my comfort zone.   When I heard about terrorist attacks in other countries I remember thinking, “How awful!” “What a terrible tragedy,” or “Oh, those poor people!” But when the attack hit home, hardcore fear set in. The experience was no longer terrible, it was horrific. I knew without a doubt that the 9/11 tragedy had forever changed our reality and our future survival would depend upon how we would deal with The Fear Factor.

Fear is always the number one force to confront when a catastrophic event or change takes place in our lives. Whether it’s a faltering economy, loss of a job, divorce, illness, or death of a loved one, how we handle the fear factor will influence our quality of life. Know this: fear has eyes, ears, and a voice. We must be vigilant about what we say to ourselves when something unexpected or tragic happens. If we are constantly focusing on what’s wrong with the situation and habitually thinking or blurting out loud, “Oh my God, this is horrible.” we are creating an opening for fear’s icy grip to take hold.   In so doing, we feed fear the energy it needs to wreak even more havoc. “That neat little bubble you were in your whole life has blown up. And now there’s hell to pay!” Unless you get your shift together and create a way to shift your perception about the situation at hand, fear, dread and uncertainty will become a common sensation.

My second day in Omaha, I received a phone call from Power Talk Radio. The host, John St. Augustine, invited me to be a telephone guest along with renowned author and spiritual adviser Dr. Wayne Dyer, who at the time was also stranded…in San Diego. My first thought was, “Oh great. That figures. I’m hanging out in the farthest place from any beach in America and he gets San Diego.”

They wanted Dr. Dyer and I to share our views on how to deal with the fear and chaos our country was experiencing. Dr. Dyer reminded us that there is a spiritual solution to every problem. I stressed the importance of making conscious choices to enjoy ourselves during the rebuilding process and finding the laughter in between and during the tough times. One of the points that I found most poignant was Dr. Dyer’s response to those who were relating to the experience of 9/11 as being abnormal. Dr. Dyer simply said, “It is normal. It’s just a new normal.”   After some reflection, I agreed. What transpired on 9/11 is normal. What is being done in the way of new security measures is normal. It’s just a new normal. Life is always filled with the unexpected, it always has been. History shows that throughout time events take place that dramatically impact the way people live: war, disease, famine, man-made and natural catastrophes, disasters, murder, and violence of all kinds have plagued the human race since the beginning of the world. These events happen in the “normal” course of human events. Whatever the future may hold, will also come to be the “new” normal, because that’s life and anything can happen.

One thing is certain: The protective bubble this country was living in has been broken. More now than ever, biological, chemical and nuclear warfare is a threat to world security. We are at the mercy of a group of religious fanatics, who have no regard for human life, including their own, and whose mission in life is to instill fear. On top of all of this we are in harsh economic times, political change and a news media that constantly reminds us how bad and dangerous things are. Yes, we are all being forced to live a new normal. The ones who will ultimately prevail are the ones who will deal with the fear factor and adapt. I guarantee you; those who do adapt are the ones that make conscious choices to shift their focus, their beliefs and their way of thinking. Guess what? Humor can help us to make the shifts that are necessary to move forward with hope and confidence.

“Laughter not only lifts the spirit; it is a natural pressure valve.” says Larry Wilde, motivational speaker and author of over fifty books on humor. “When we’re down in the dumps we need a boost, something to help us over the tough times. Smiles, chuckles and old guffaws are a miraculous physical phenomenon that makes us feel good all over with the power to bring a twinkle to the eye and calm in the raging storm.”

A few weeks after 9/11, I experienced and inward glow when I witnessed America’s collective Humor Being helping us to shift our focus away from the pain. Not only was Osama Bin Laden being bombarded by air strikes, but also by punch lines. Late night television hosts like Jay Leno led the attack and helped us all to laugh off the fear. Osama goes to a fortune teller to find out how long he has to live. The fortune-teller informs him that he will die on a famous American holiday. “Which one?” Bin Laden asks. “Whatever day you die will be a famous American holiday,” the fortune-teller replies. The healing of America began to flourish the day we adjusted our attitudes and made the shift to laugh off the fear.

I believe we need our Humor Beings now more than any time in the history of our planet. We need to allow ourselves to laugh when times are tough. It is crucial for us all to make conscious choices to enjoy ourselves during the transition to this new normal. If we allow fear in any situation to determine the choices we make, terror always wins, no matter what form it takes, whether it’s an internal fear or an uncontrollable outside force. Today, we need a strong foundation to stand on. Your Humor Being can help build that foundation. Laughter is surely one of our greatest gifts. What good is a gift that we don’t use? (The fruitcakes at Christmas don’t count. Those are always best left uneaten.)

We need to allow ourselves to laugh when times are tough.