“Against the assault of laughter, nothing can stand.”

When I give my talks, people often ask, “What is it about comedians that separate them from everyone else?”  My answer is simple – it’s the way we/they look at life.  A comedian views life and all of its obstacles, tragedies, mistakes and embarrassing moments from an absurd or humorous perspective.  I go on to explain that in doing so, we are not negating the seriousness of the subject matter, but rather looking at it from a different perspective, the humor perspective. 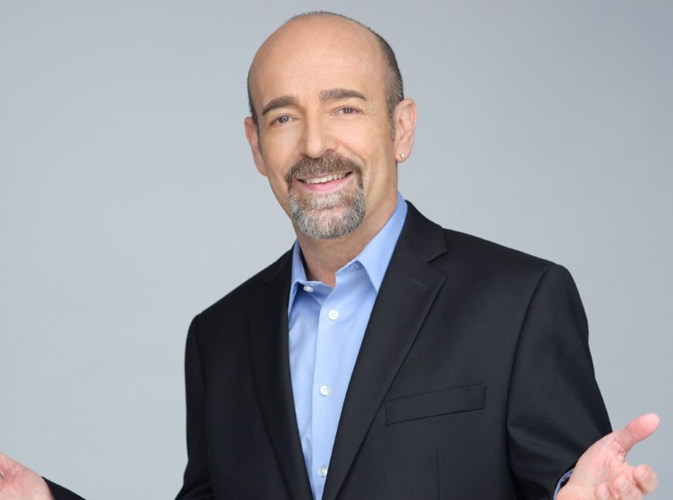 Before you continue reading, I want you to once again read the above quote from Mark Twain.  In my view, that quote best describes the powerful energy that is unleashed when you choose to laugh in the face of adversity. I honestly believe that choosing to view life’s challenges from a humorous perspective is a key success strategy that everyone in business and in life needs to embrace. If you do you will come to understand that not even fear can stand against the assault of laughter.

Let me share with you one of the key factors that motivated me to leave stand-up comedy and move on to the speaking forum.  Following a comedy performance, I would often feel a huge surge of positive energy that made me feel like I could accomplish and achieve anything.  Sometimes after the show, I would go back to my hotel room to write in my journal or put together material for a new routine.  I literally felt this surge power through my whole body and my creative juices flowed through me, into the pen and onto the paper.  Other times I would go out with a group of people, party, laugh and have fun.  The point is that whatever I did after the show, all negative thoughts were banished, and whatever problems I had at the time, seemed manageable.  I was in the moment and enjoying it to the fullest.

Initially, I thought these power surges were a function of my ego, stimulated by the rush of standing ovations, signing autographs and people wanting to be around me.  Although all of these things definitely made me feel good, I knew there was something more to it.  Then one night at a show it hit me.  My life was at an all-time low.  I was either in a full-blown depression or on the brink of one.  All of the old fears and limiting beliefs that I thought I had conquered had come back to haunt me.

That night, it took everything I had to muster up enough energy and courage to step onto the stage.  I remember thinking how ironic life is.  I mean, there I was, waiting to perform before  a sold-out crowd of over five hundred people who wanted nothing more than to laugh and have a good time, when all I wanted to do was to go back to my hotel room and bury myself under the covers.

As soon as I stepped on the stage however, my personality shifted and the comedian part of me took over.  I got real honest and spent over and hour on that stage ranting and raving about how my life sucked.  Much to my surprise, the crowd loved it and couldn’t get enough.   In spite of how I felt, or maybe because of how I felt, I had one of the most spectacular performances of my career.

When I finally stepped off the stage the euphoria hit me with more intensity than ever before.  I remember saying to myself, “This is way beyond comedy.” I felt the invincible power of confidence and hope.  It was then that I understood what this power surge of positive energy was all about.   When I was up on stage, I shifted into a totally different state of mind.  Don’t get freaked out here, but there were times when I actually felt myself shift to a higher realm of consciousness.  A place where the Big Mouth inside my head had no power.  And of course, when shift happens, your life changes.

That night I did more than my usual act.  I let my Humor Being loose and allowed my higher self to take control.  I talked about some painful experiences from my past.  I literally laughed off my frustrations, pain, negative labels and innermost fears.  I vented my anger in a constructive way and the crowd loved it.  It was like therapy, with two major differences: it was fun to do and I didn’t have to pay for it.

A few days later, I began to reflect on what happened on stage that night.  Without my knowledge, the owner of the club had recorded my entire performance.  It felt strange listening to the recording and hearing myself rant and rave about my personal problems and history in such an intimate way.  Although I’m not one to avoid speaking my mind, I knew that what went on that night was beyond that.  If I didn’t know better, I would have thought that someone had slipped me some kind of truth serum that made me reveal parts of myself that I had never showed before.

I now know that it was my Humor Being pushing me forward (a part of my higher self that worked to expose my fears for what they were: nothing more than toxic data from my past).  Through humor I was able to shift into a higher state of consciousness.  At that moment. I experienced a profound, secure feeling that my negative labels and the fears that belonged to them would no longer influence me nor define my reality.

I also came to understand that the reason the audience enjoyed themselves so much was because they were laughing at a part of themselves.  In other words, my stories, and the humor behind, them helped the members of the audience to view their own personal problems from a healthier perspective.  I guess you could say our Humor Beings were communing.  We were feeding off of each other, all five hundred and one of us.

That’s another thing humor does–it makes us realize that, in the universal scheme of things, we are all made of the same stuff.  We all have fears, pain, heartaches and personal problems to deal with.  We just have different stories to tell.  It doesn’t matter who you are, what you do, or how much money you make.  It doesn’t matter if you’re black or white, male or female, rich or poor, conservative or liberal, gay or straight.  We all make mistakes.  We all have our successes and failures.  And we all have good times and bad.  Humor simply helps us embrace who we really are and gives us the peace to live with it and to move on.